Eid al-Adha or feast of the sacrifice takes place in the last month of the Islamic calendar.

This is the second Eid celebration, with Eid al-Fitr having been celebrated in June.

Eid al-Fitr is celebrated to commemorate the end of the fasting month of Ramadan.

EU set to sign off Brexit delay until end of January

Brexit could provide the US huge economic opportunity

Eid al-Adha marks the end of the Hajj pilgrimage, which is one of the five pillars of Islam.

What is Eid al Adha?

Allah asked Ibrahim to sacrifice his son, which he willingly set out to do.

Upon seeing Ibrahim’s resolve to obey – God replaced his son with a goat to be killed instead.

When is Eid al-Adha in the UK?

The exact date of Eid al-Adha is determined by the sighting of the moon, as the Islamic calendar follows the lunar cycle.

Due to this, the date of Eid al-Adha changes every year – beginning last year on August 31.

This year, Eid al-Adha begins tonight in the UK, on August 21 and will last for four days ending on August 25.

During these four days, Muslims will attend the Mosque for prayers, exchange cards and gifts with loved ones and sit down for meals with their family.

There will also be public celebrations in parks across the UK.

One key part of celebrations for Muslims around the world is the sacrifice of goats, sheep, cows and lambs.

This commemorates the sacrifice Ibrahim was about to make. 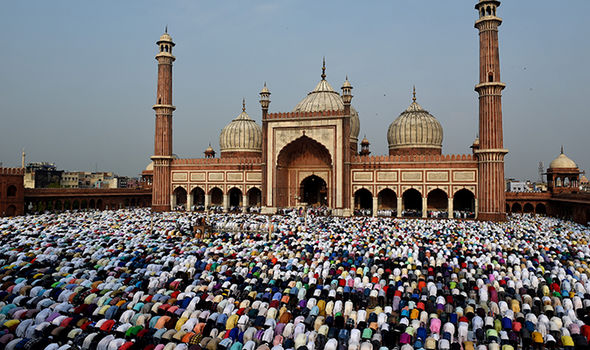 Muslims attend Mosque to thank Allah for all they have received (Image: GETTY) 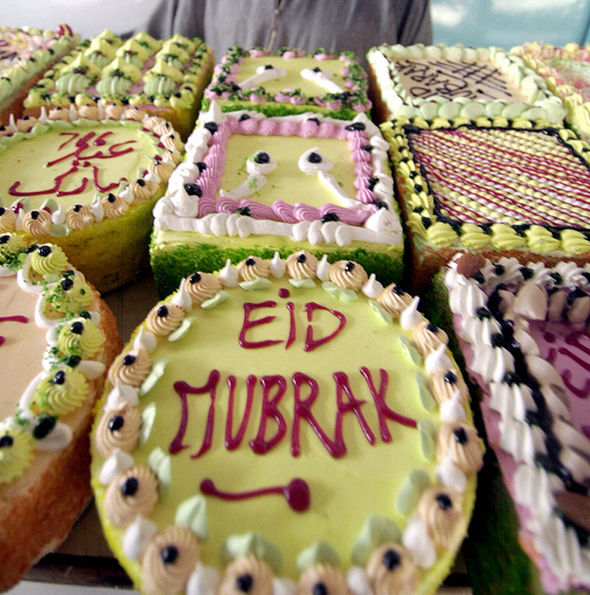 The meat from the sacrificial animal is then shared three ways.

One third is given to those who are needy.

The second third is given to family and friends.

And the remainder is used by the family for meals throughout Eid.